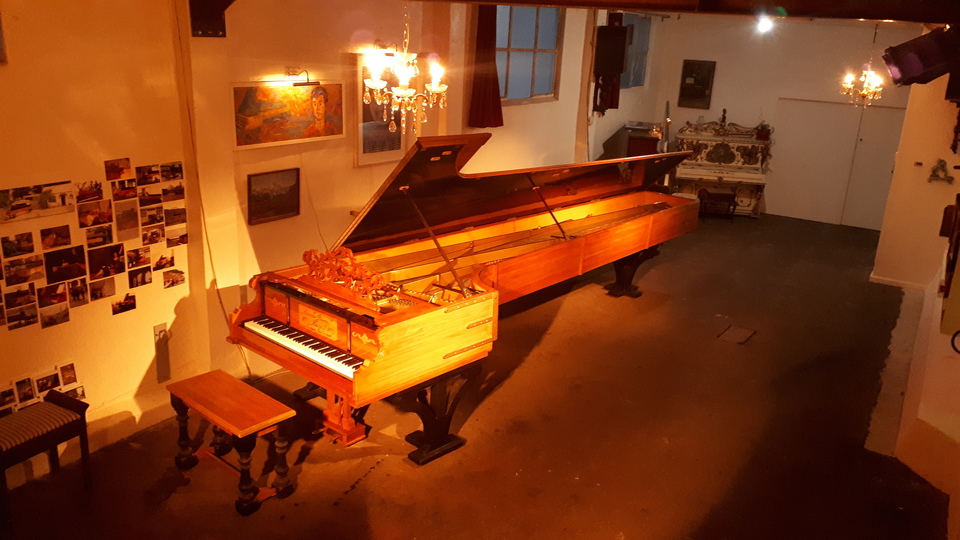 “Why did you build such a long piano?”

The primary question I am asked that comes with a simple answer.

I just wanted to see what a long bass string sounded like.

It occurred to me that long bass strings sounded better. When I was 14 I asked my piano teacher how long a bass a string would need to be if it had no copper on it at all. The answer was “Adrian the string would be so long it would go on for ever!” so with this in mind I did an experiment where I could find that measurement.

I knocked a waratah (metal fence post) into the ground at both ends and with a big piece of timber with a hole and tuning pin in it I strung up an enormous bass string. After finding a safe tension I tuned it to the lowest A on a piano by moving rocks along the wire.

Here I discovered the most interesting sound and from this point I was determined to build a piano to have the longest string sounding like this. I later did more experimenting. Fifteen year old me said “Mum I’m going to build a piano!”

I think because I was so young I absolutely knew it was totally possible to do, I was fully determined and without consulting any professionals I had no barrier stopping me. 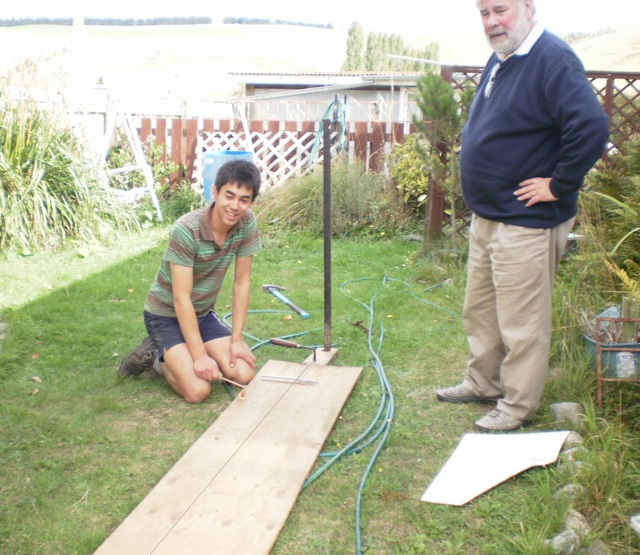 I was about to find out just how difficult it was going to be because on the 24th of October I was given permission to start building the piano because a very generous lady called Carolyn said “go for gold” in her one car garage. With a small amount of timber she had given me I started constructing the case and legs.

At this point my knowledge was limited to the Haake piano I was able to fix after it sat six months in the rain. I was guessing my way through the dimensions of the case making the start of the curve proportionately further back to what a normal sized grand piano would be.

There were many flukes during the construction of the piano and this was the first but I would find out much later. 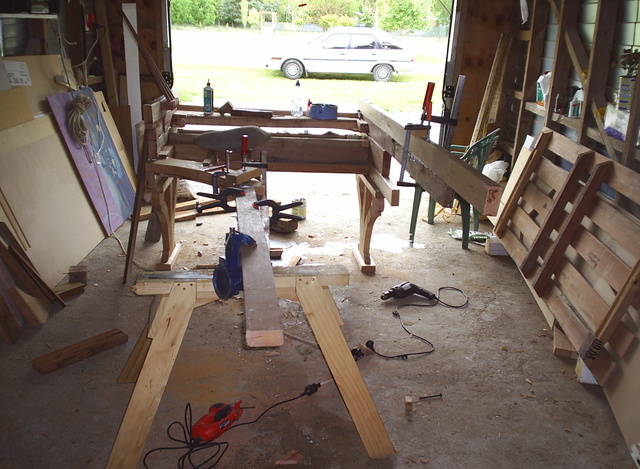 Toward the end of the construction of the case I needed more room to work around the piano and it was my school friend and neighbour who suggested that his dad would have it in their farm tractor shed and we could combine our tools!

I had more enthusiasm again!

Interest in the construction was proportional to the progress. The more I advanced the more people were willing to give. Whether it was tools, timber, books or money! 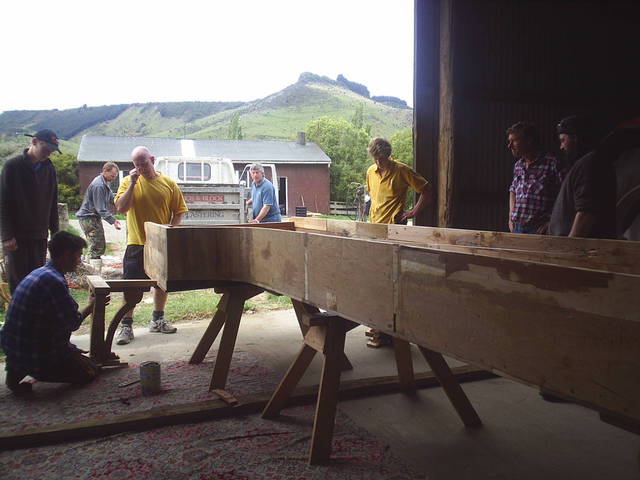 Scale design was based on a formula I had discovered in a 1916 book called A Treatise on the art of piano forte construction.

I was not very good at reading or writing. I skimmed through the book but this critical piece of information came just at the right time in the construction!

The physical design of the pianos scale was entirely based around the formula and hammer line. The placement of this hammer line was determined after another crucial piece of information was learnt. Hammer strike point. Suddenly things were falling into place and it all made sense. Components such as the steel frame were designed around the scale and bridges. All of this was scribed onto a 1 to 1 piece of tin.

Knowledge was everywhere if you looked hard enough and pulling pianos apart was a crucial part of learning. Making the parts was another kind of learning I was better at. it was more hands on! Cutting, planing, chiseling, machining, grinding and welding.

I could do all of this but needed to do better or learn how to work more accurately. Things like the control of a chisel while notching.

I was able to glue up pieces of timber that were going to be like the soundboard bridge and practice! 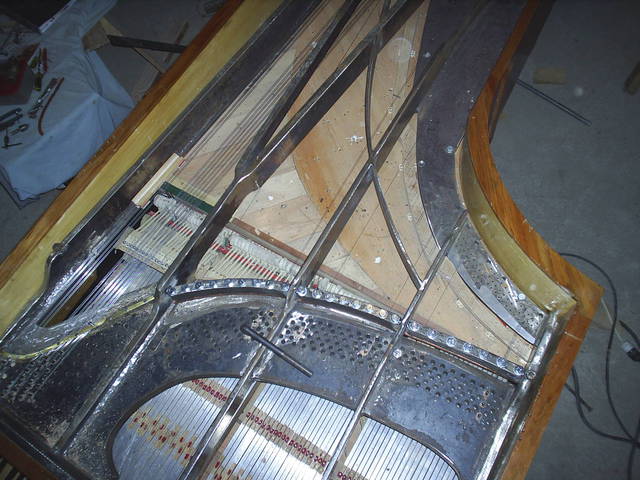 To me the piano action was a component that was already designed from history as was the general idea of a soundboard so no need to re-invent the wheel here. In my mind I just needed to physically find the action geometry that worked from the parts that I had bought.

The keys worked normally. However they were proportionally longer, much longer and other problems arose from that. One being stability. It took 5 attempts at designing them before I came up with a solution. 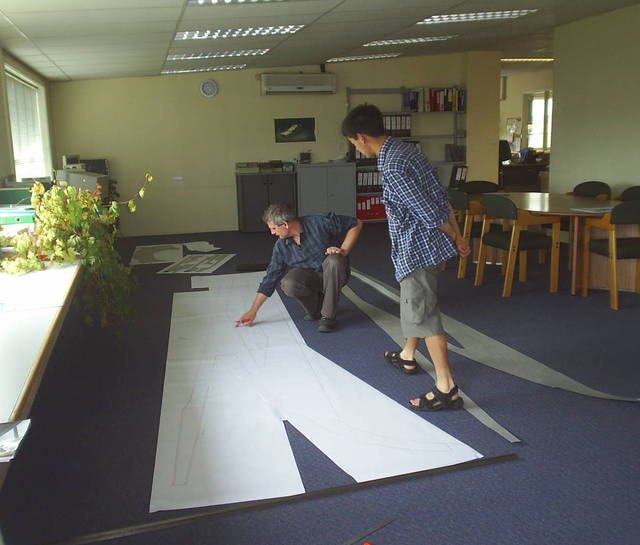 The soundboard bridging was on a traditional theme just much longer. The shape and dimensions of the soundboard boundaries in the Alexander Piano I made slightly differently. Apart from the actual length of it, I changed the soundboard cut off bar shape.

I thought of it as being an improvement though I wasn’t entirely sure exactly how, but it just made sense to me. I sort of knew what a cut off bar did, later a famous piano designer and builder Ron Overs would comment positively on this and explain why that was a good thing and also he commented on the positioning of the bridges, something which I also thought was about right without knowing exactly why.

The frame components I designed and drew onto tin templates that were sent to a steel cutting company. After the parts were sent back I was able to weld it all together and start stringing the piano.

The realisation that all the components were coming together and working was almost too much but I had to go slowly and take my time.

The strings went in and tuned a semitone sharp and I let it drop over time. 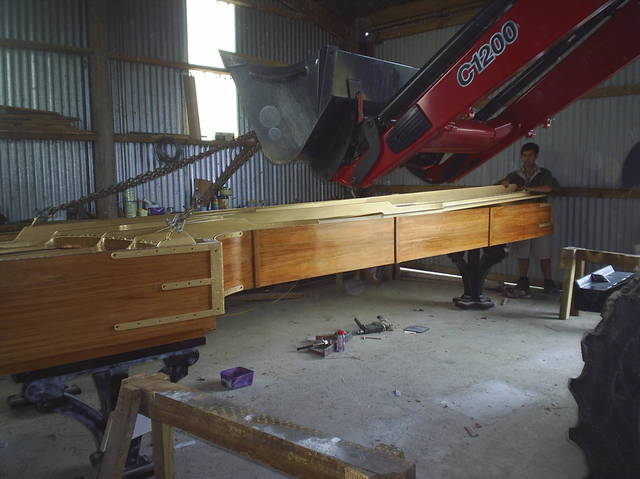 The dampers went in at the same time as the strings so I was able to actually play it. Even though it was very crude and the regulation was not set very well yet, I asked my piano teacher to come along and try it out! For the first time.

A few weeks later the first concert was held on the 4 April 2009. 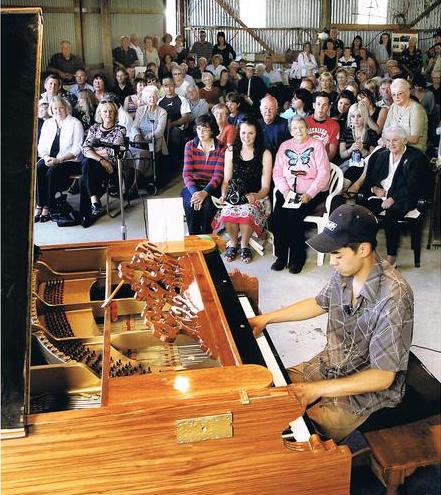 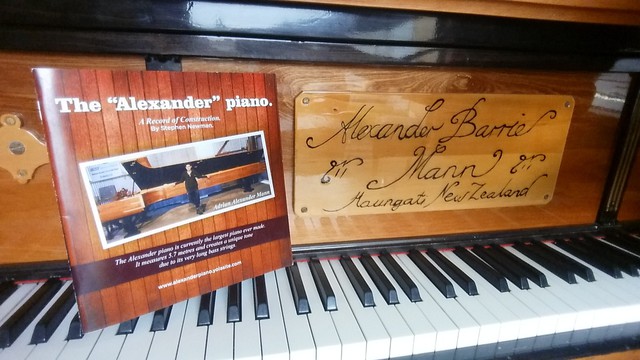 A booklet has been written about the building of the piano and can be purchased here.

Below are some recordings of the Alexander piano

One of the first recordings made in the new showroom while trying out the microphones. Some photos of the move are also showing in the video.

Paris based concert pianist Dimiri Vassilakis was traveling through New Zealand where he heard about the Alexander piano at an air B&B in Bluff. He phoned me and asked if he could see the piano, so I replied "only if i can record you" this is the result!

The very same day and time Dimitri came Tyler knocked on the door with a book of Schubert! he could sing so I recorded both of them, no rehearsals. Dimitri had never accompanied with this piece before and they had never met  each other!

Hyperion Knight at the Alexander piano

A very wonderful and informal recording by Hyperion Knight of Bach's Jesu, Joy of Man's desiring. 3 pieces recorded in only 2 hours! www.hyperionknight.com

Gershwin's Embraceable you by Hyperion Knight on the Alexander piano in a wonderful informal recording session. 3 pieces in 2 hours! enjoy www.hyperionknight.com 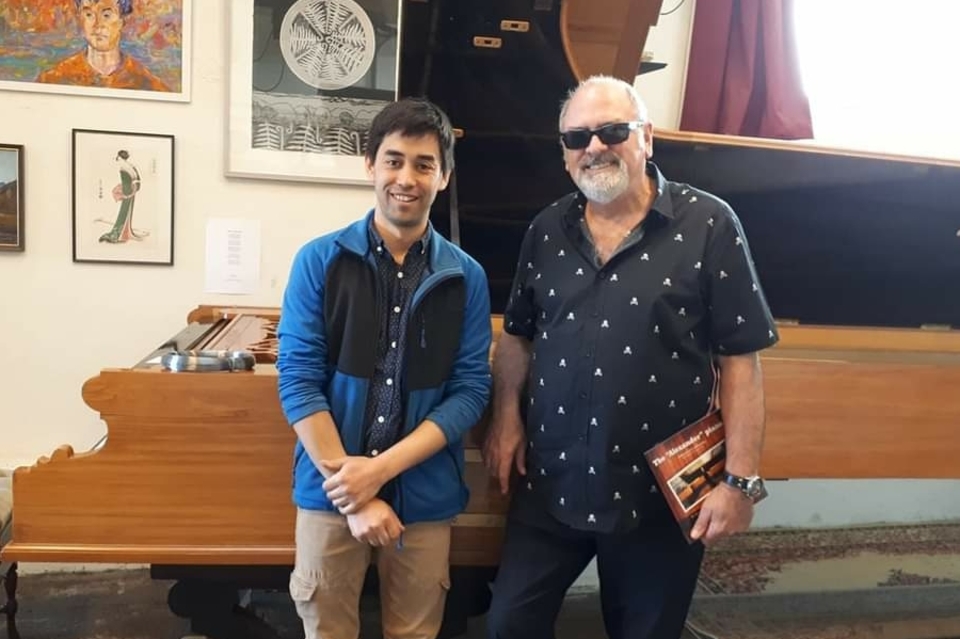 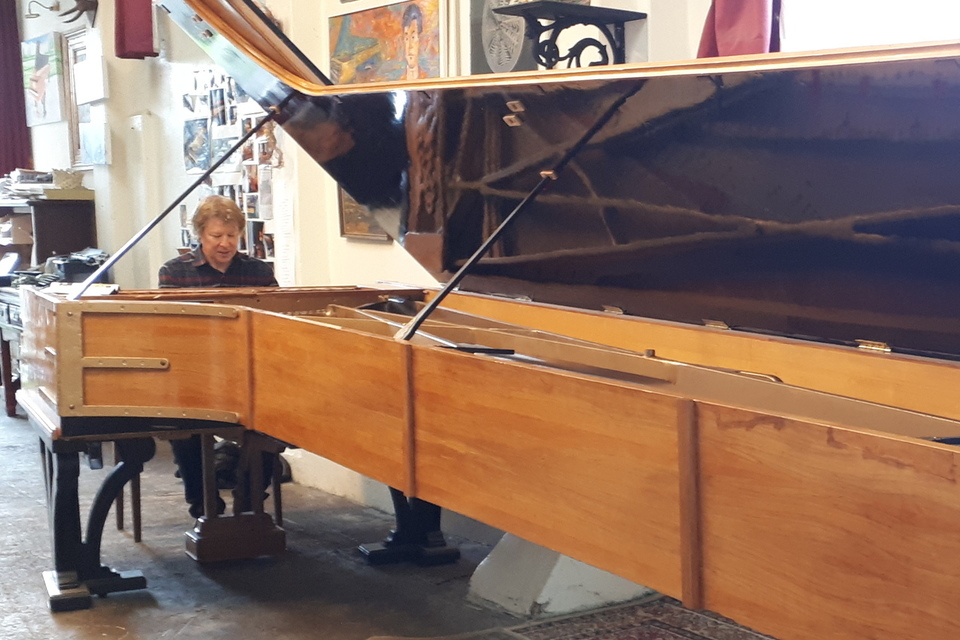 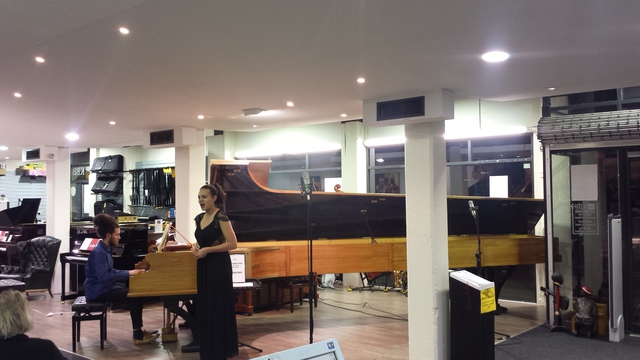 Bradley Wood with the Auckland Philharmonic Orchestra in Auckland 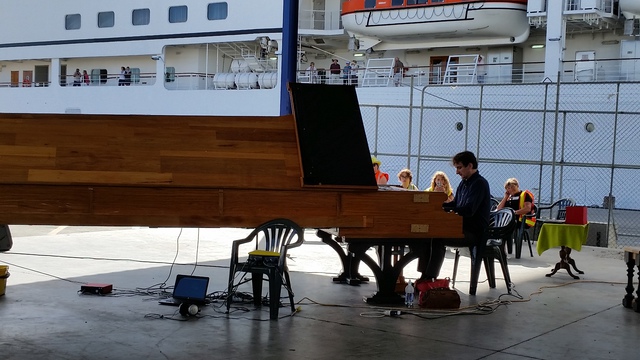 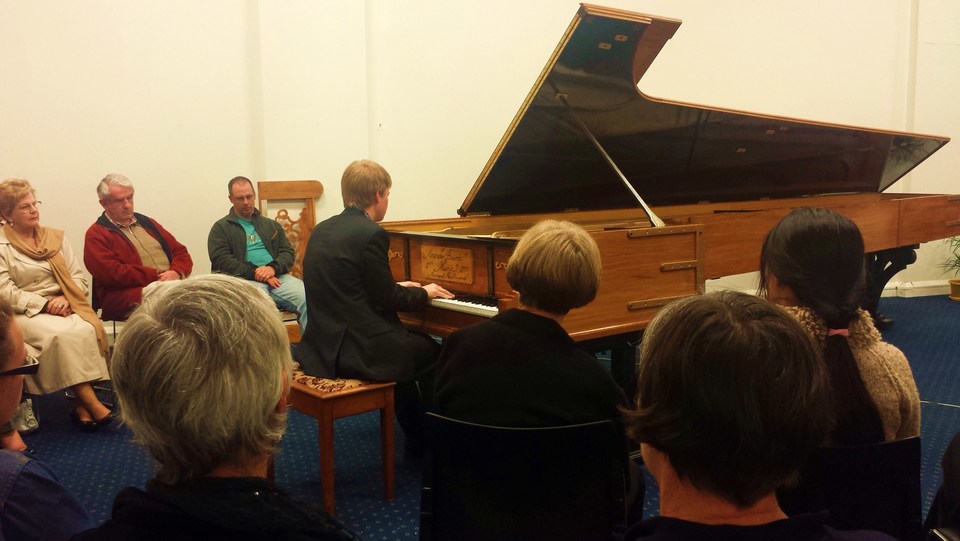 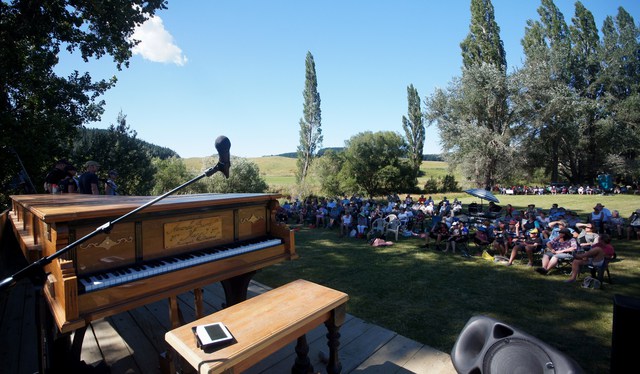 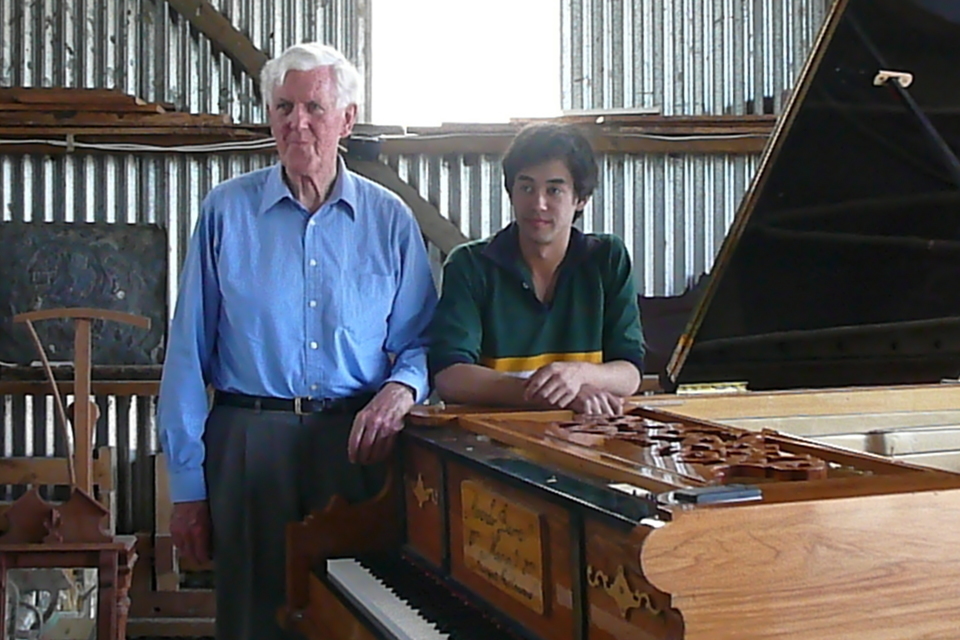 The Great Maurice Till 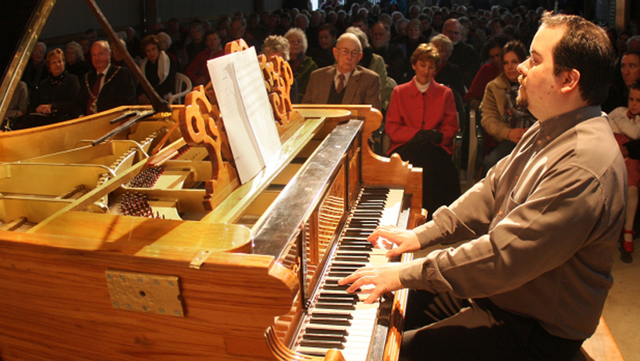 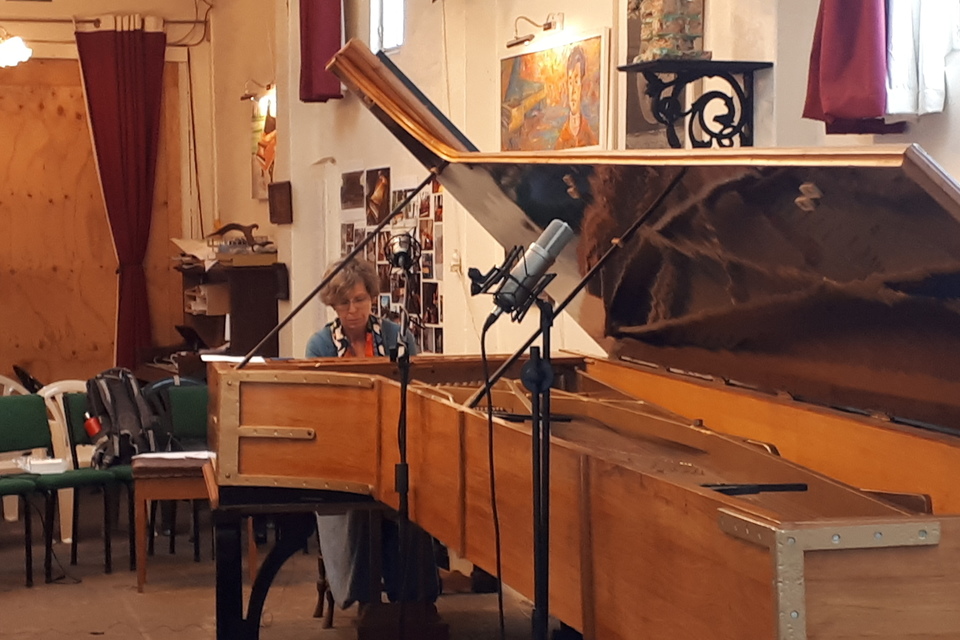 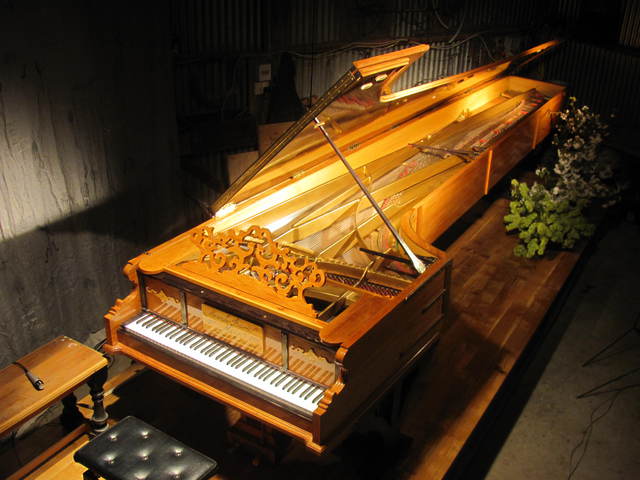 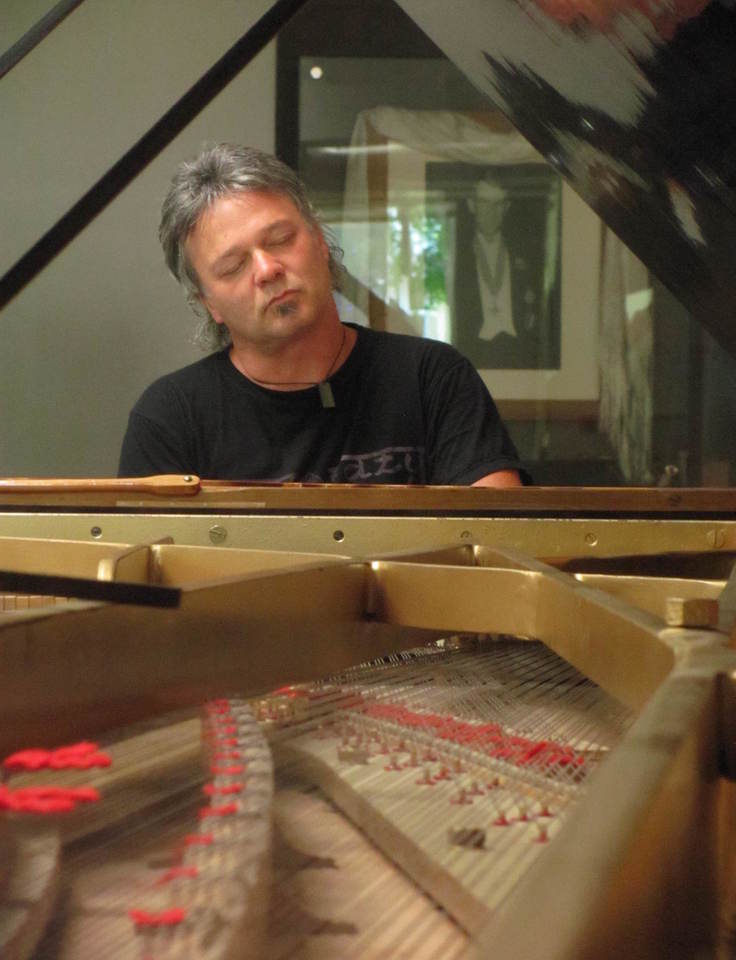 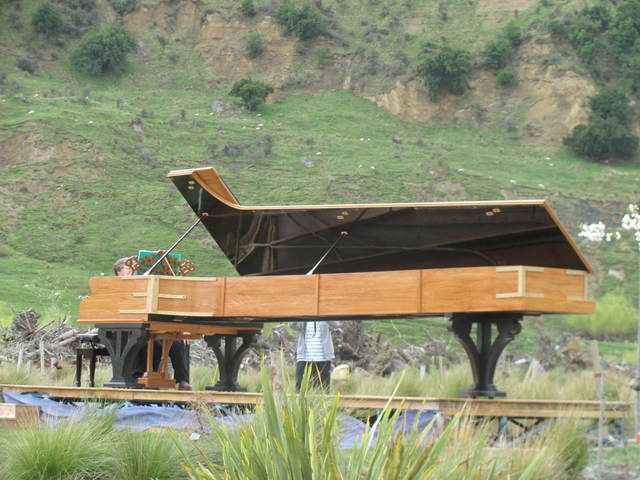 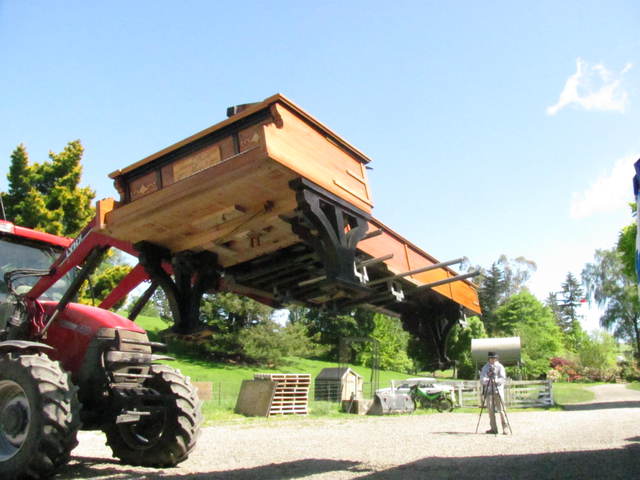 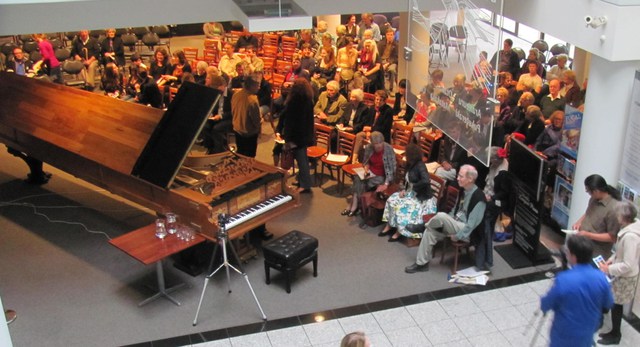 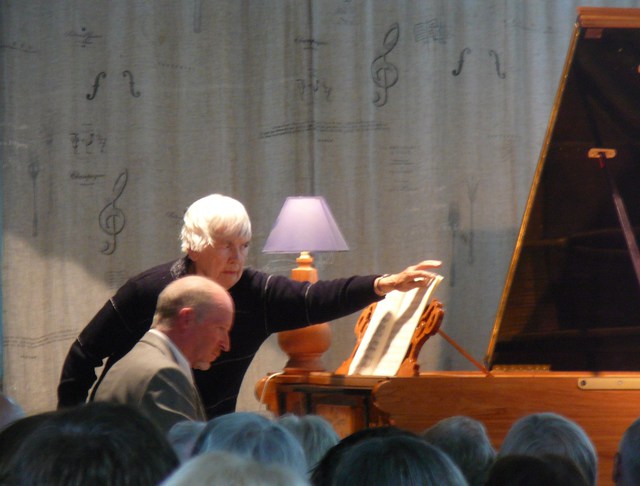 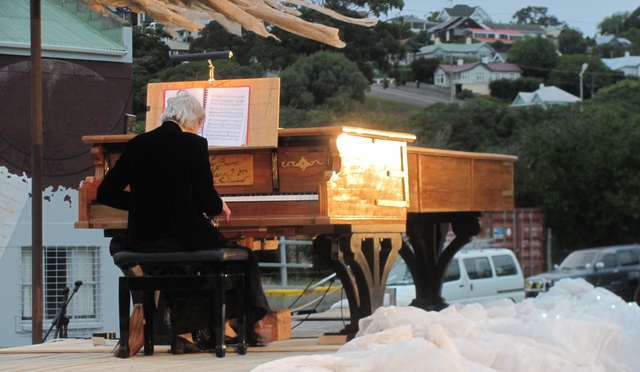 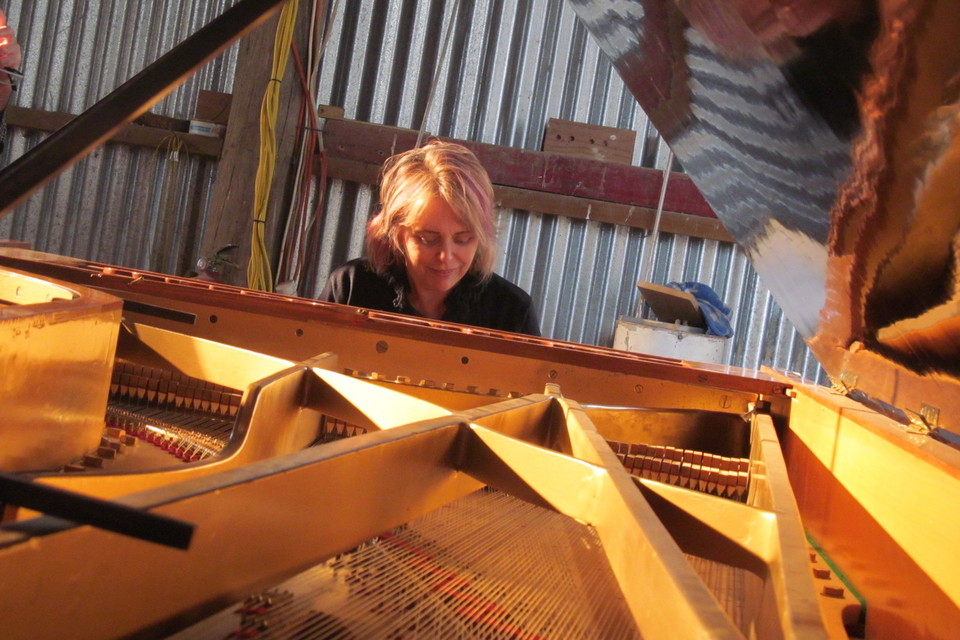 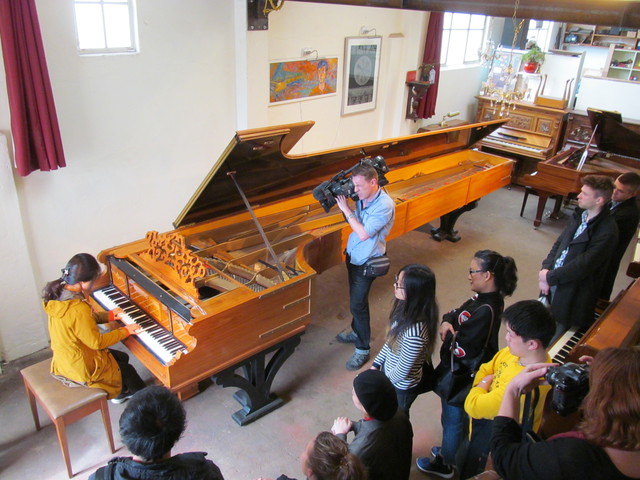 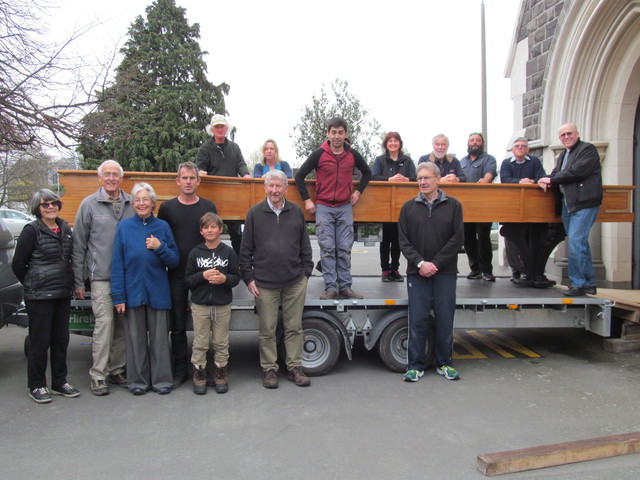 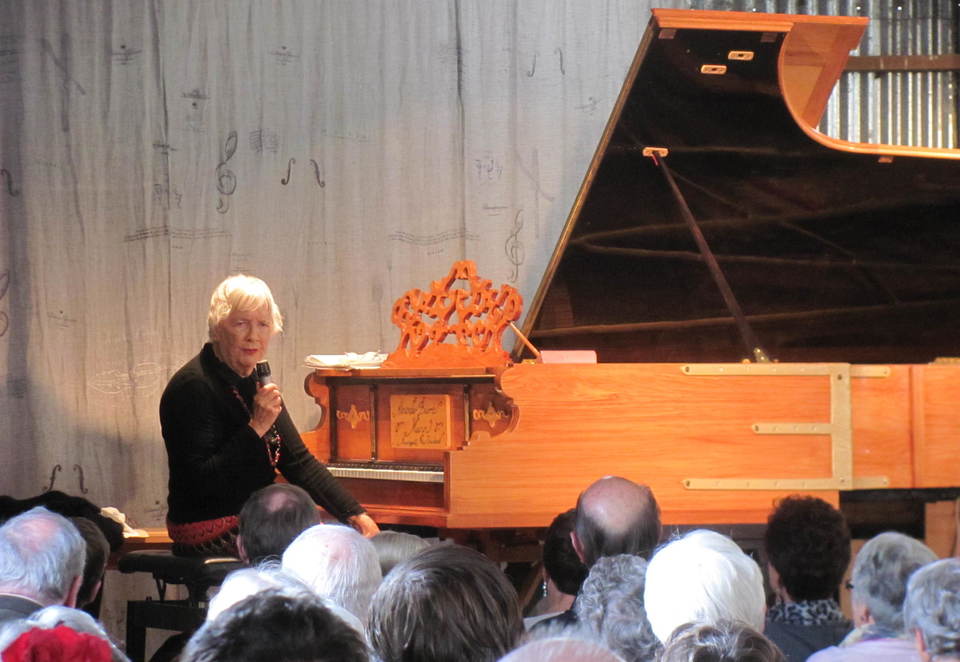